I have had the Forgeworld Horus Heresy Abaddon vs Loken diorama kit for a few months now (think I ordered it for release, whenever that was) and have finally gotten around to working on it recently.

Both figures in this kit are very dynamically posed and loaded with fine details, as tends to be the case with Forgeworld figures. Abaddon is the best of the two sculpts however - the pose, arms spread wide in challenge, just seems to have more appealing lines, making him the better stand alone figure of the two.

For this reason he was the obvious place to start. After a couple of evenings cleaning up and filling/correcting/re-sculpting any casting flaws, I had him ready to paint. There were a couple of areas in need of work which I suspect will be the same on most versions of this cast. Namely, the topknot, the arch detail above the head recess and the inside of the rims on the shoulder pads. All had some form of casting defect, typically from mould slip. The top knot was by far the worst, with the small metal band piece holding the hair being so bad I ended up just sculpting my own to replace it. 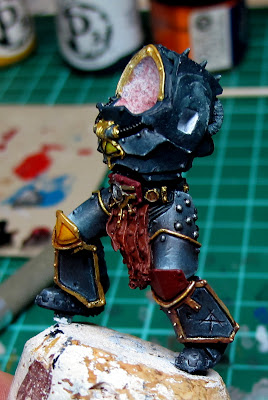 Like most of my projects, I am painting him in sub-assemblies - the head, arms, sword, body and base. I have started on the body, making reasonable progress so far over a few hours or so of work.

Everything is still fairly rough at the moment as I am still trying to determine where I want the contrast to be, but I like how he's turning out so far. 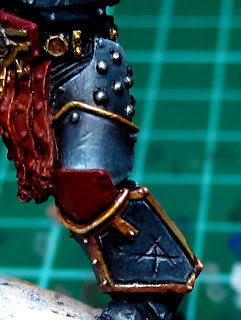 I'm aiming for a fairly reflective looking black with a hint of turquoise (to tie in a little with the Sons of Horus green - important for when I get round to Loken), with reds in the shading to add some contrast. At the moment the left leg is the furthest along, but I do intend to go back and add more shading and an overall contrast to the whole piece once everything else is nearly done to focus the eye on key areas - mainly around the face.

I am thinking of trying some source lighting on the face similar to the classic piece of Horus Heresy artwork of Horus facing the Emperor. It's not something I have tried before though, so there will be a lot of trial and error - think this is a good plan? Let me know in the comments if you have an opinion. 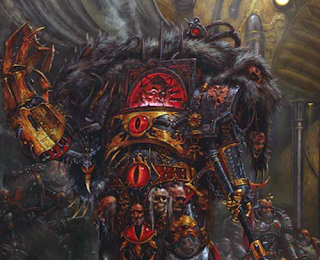 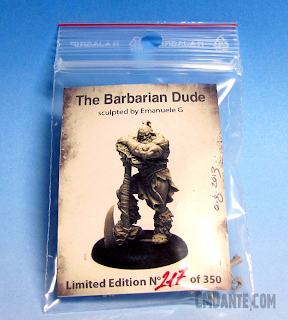 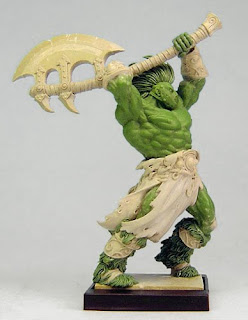 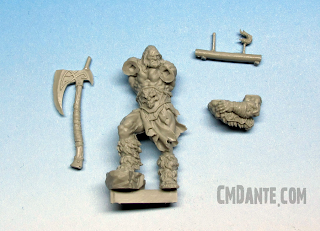 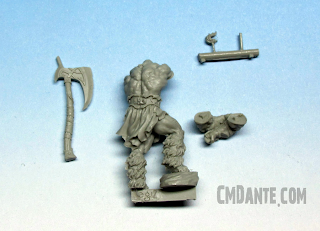 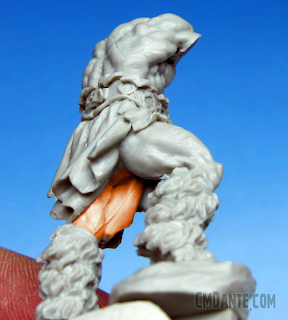 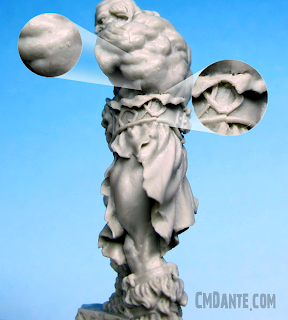 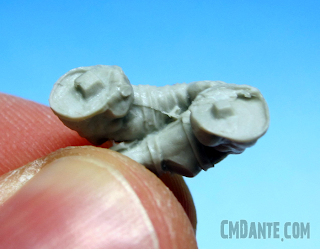 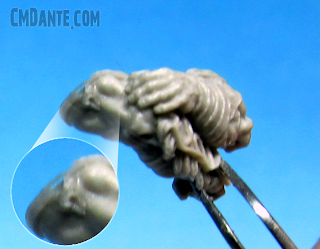