Finally got around to finishing this figure - first of the year! A nice sculpt but with a few headaches due to typical Forgeworld cast issues (though much improved over the quality from about 3 yeard ago!). The jump pack in particular had a few ugly areas. 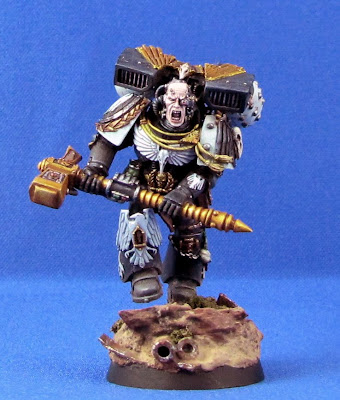 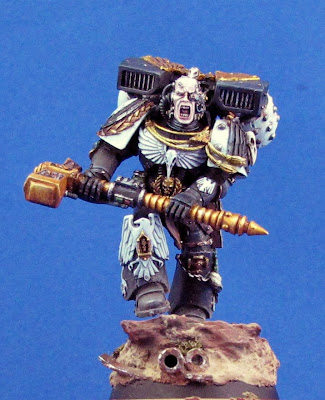 The other area I always find a little frustrating is the round metal dimples on the jump pack - painting metal over white is always an issue! 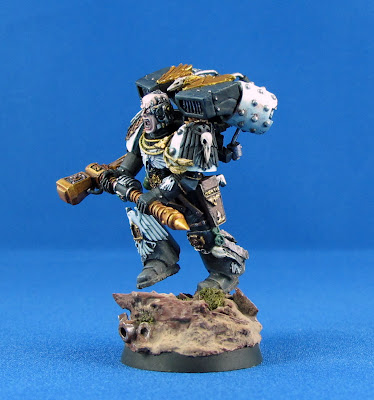 The paintjob is a bit predictable being fairly similar to the one on the Forgeworld site with the exception of the fully gold hammer and the gold raven on the jump pack top. I felt that it was important to emphasise his captain status with plenty of bling. 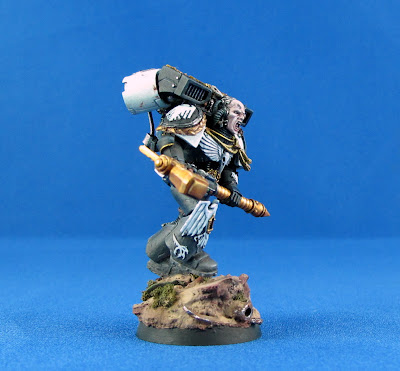 The base was a bit of an after-thought on this figure as I really just wanted to get him finish. It turned out ok, but there are areas I think could be improved. Still, I think the sand/dirt colour contrasts the armour quite nicely. 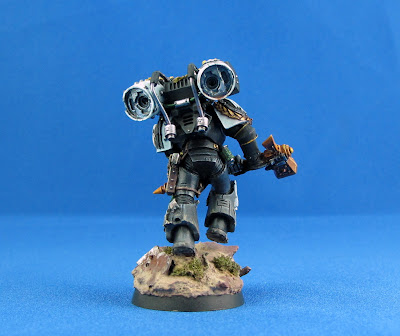 I spent the afternoon doing some early work on the first test model for the upcoming Tanith project too. I've settled on putting together (at least some) of the Gereon mission team.